The Veerapandi Common Effluent Treatment Plant (CETP) was established in 1999 in alignment with a government initiative to institute CETPs in Tamil Nadu. The CETP was established in the state’s Tirupur textile industries cluster. Tirupur is known as India’s textile town, with its interlinked knitwear and textile industry providing employment to over six lakh people , and contributing to exports worth ?200 billion as of 2014-15.

Initially, the CETP used here clarified water using lime and ferrous sulphate, after which the effluent was discharged into the Noyyal river, a major source of water for local villages and agriculturists.
However, the effluent contained Total Dissolved Salts (TDS) in the range of 8000 – 10,000mg/l, a level of salinity which is extremely harmful to marine life and the local land. While the government was aware of the implications of exceeding discharge standards of 2100 mg/l, the technology needed to achieve this grade of water filtration was not available at a reliable scale.

Search for a zero-liquid-discharge (ZLD) solution

Along with high TDS, the discharge had a wide variation in COD (Chemical Oxygen Demand) and BOD (Biochemical Oxygen Demand) which can cause effluent treatment plant failure. In 2005, the Hon’ble High court of Madras directed CETPs to set up a Zero Liquid Discharge plant with Pre-Treatment, followed by Reverse Osmosis and Evaporator. ZLD is an environmentally sustainable solution, as it can recycle the effluent, preventing groundwater overexploitation. The water generated is even cleaner than naturally available groundwater.

However, finding a viable ZLD solution presented challenges due to the wide number of dyeing units (56 in number) that were part of the local textile industries cluster. Each unit produced effluents with different parameters for TDS and composition of organic and inorganic components. Hence, many pilot studies were initiated to identify the most suitable option.

Envisol contributed the following technologies to the Veerapandi CETP plant –
1. Installed a 4th stage RO which takes 55,000 ppm TDS and gives 75,000 ppm TDS as a reject which is further fed into the MVRE system.
This reduced the volume flowing to the evaporator system, thereby resulting in large Opex savings.
2. 2*900 KLD MVRE which gives a reject of 1,60,000 ppm TDS which is in turn fed into the MEE system
3. Operations and maintenance services – Earlier the client used to handle O&M by itself with a large number of people on its payrolls and inefficient operations. Envisol’s sister concern Kaigo now handles the entire O&M resulting in reduced operational complexity, cost savings, and minimal downtime. 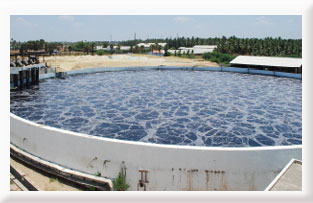 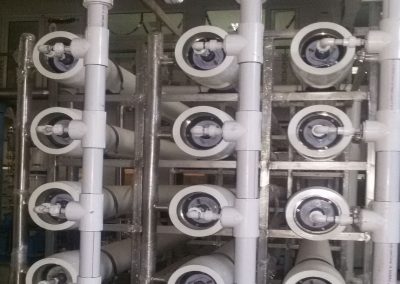 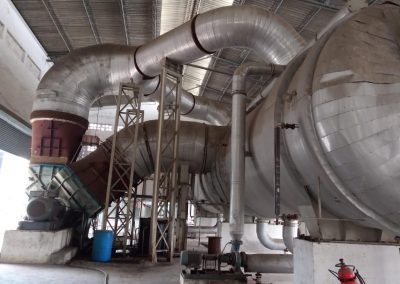