Arvind Envisol has the Infrastructure proprietary technologies needed for cost-effective water treatment including recycling and recovery.
Our water conservation solutions are being used by major industries around the world for industrial, commercial, and municipal applications.
Water optimization is a critical component of all modern establishments given the urgent need to save and recover water. We
have the technologies coupled with the know-how and experience to provide customized wastewater treatment solutions.

Wastewater Primary Treatment is the first step in the water treatment process meant for removing suspended solids (TSS), oil and grease, colour, and odour. The key components in this step are screens, grit chamber, flow equalization tank, and clarifier.

In Wastewater primary treatment, wastewater is fed to a screen to remove all large objects that are suspended in the water. If these solids are not removed before the treatment, they can get clogged in downstream equipment which may cause damage to them and create process inefficiency.

After this, the water gets into a grit chamber where the grit is removed. Grit includes sand, gravel, eggshells, bone chips, seeds, and other materials. Grit removal is necessary to reduce massive deposits in aeration tanks, digester, channels, and conduits. It has the advantage of protecting the mechanical equipment from wear and tear.

The next step in Wastewater Primary Treatment consists of primary settling tanks. These tanks are usually large in size and the solids settle down due to gravity and are removed as sludge from the bottom. Meanwhile, the oil floats on the surface and is skimmed off, 50-60% of the suspended solids get removed and a 30-40% reduction of the five-day biological oxygen demand can be expected.

Clarification is done to settle the suspended particles at the bottom of the water. The main principle is to keep water at a minimum velocity so that heavier particles settle down. The process of settling down particles depends on the velocity of flow, size of particle, shape, specific gravity, and also the viscosity of the liquid.

There are still some fine particles which are lighter in weight and hence, are not removed in this process. These colloidal particles are removed through a coagulation process in which certain chemical agents are mixed with water, colloidal, and suspended particles, and are collated to form insoluble metal hydroxide known as flocks.

Flocculation is same as coagulation. Flocculation is the process in which destabilized particles forms into micro flocs and micro flocs get collated with other micro flocs to make floccules which can be settled down. The addition of another reagent called flocculent may promote the formation of the floc.

We achieve results of the above processes by using certain equipment like:- 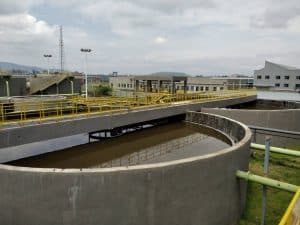 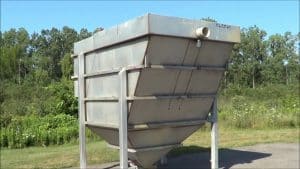 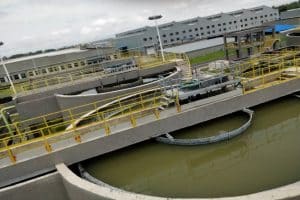 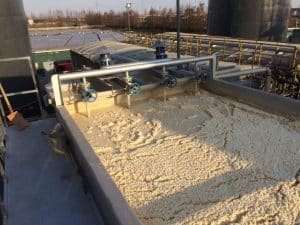 Dissolved air flotation (DAF) is a widely used clarification process. It has applications in several fields which include drinking water, municipal and industrial wastewater, in situ treatment of lakes for algae and seawaters for algae and oil spills. DAF removes particles from water using air bubbles that collide and attach to particles. The particle-bubble aggregates are then separated once they rise to the surface of the tank.

This process is used to remove oil and grease by destabilizing them and converting them into suspended particles. The Electro-coagulation process is based on scientific principles involving responses of water contaminants to strong electric fields, currents, and electrically induced oxidation and reduction reactions have proven to be very effective in removal of contaminants from water….